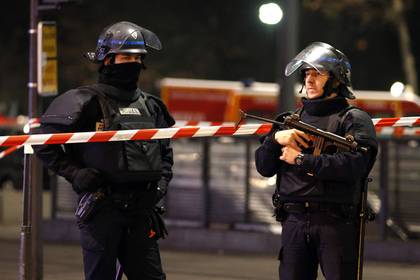 Attacked travel Agency in the South of Paris, the robber fled. This TV channel BFM on Saturday, December 2, said the mayor of the 13th district of the city of Jerome Kume.

According to him, militiamen have not yet managed to detain the attacker. As follows from messages on the Paris police on Twitter, the perpetrator fled before the arrival of security forces.

Kume said that the evening of 2 December to the travel Agency on the Boulevard masséna in the 13th arrondissement rushed the man with the gun and demanded to show where is the safe. Director of the company managed to escape and raise the alarm.

At the time of the incident in the room were six people. Later, when at the scene of the robbery the police arrived, who in the assault was taken out of the building all the people who were there. No one was injured, now comes the search for the attacker.

It is also reported that earlier in the travel Agency was already committed armed robbery.

October 18 armed with a knife man took hostage about 15 people in the supermarket Carrefour in the commune of fora in Brussels. This was a consequence of attempted armed robbery.

August 24 at the Citibank branch on Bolshaya Nikitskaya street in Moscow Aram Petrosyan took four people hostage. However, he threatened to blow himself up. In the end, the man is all released and surrendered to the security forces. He was later charged with terrorism.