The Federal air transport Agency said that the border shifted to the West outside the Russian Federation. 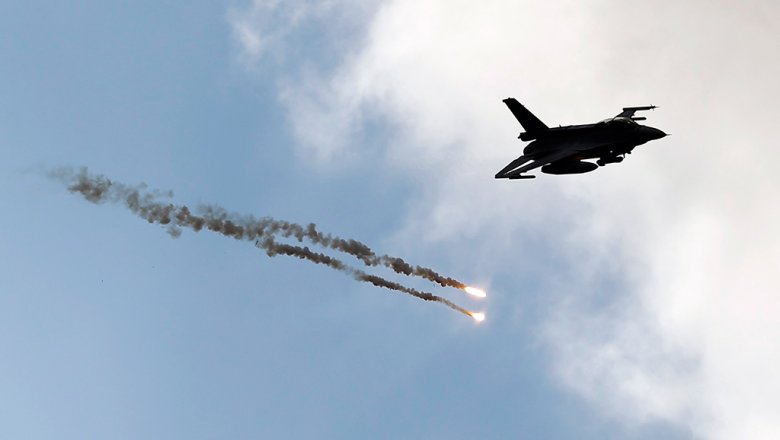 Moscow. 1 Dec. INTERFAX.RU — the Ukrainian authorities have redefined the boundaries of hazardous areas for civil aviation in the Crimea in connection with the rocket fire, reported to “Interfax” on Thursday the Federal air transport Agency.

The boundaries of dangerous zones for flights of civil courts shifted to the West outside the Russian Federation.The representative also Rosaviatsiya

Ukraine began teachings with missile firing near the border with Crimea

As have explained in Rosaviation, the Ukrainian side in the night of Thursday has released a new NOTAM (notice to aircraft), the shear coordinates of the danger zones to the West of the territorial waters of the Russian Federation.

In turn, the Ministry of transport of the Russian Federation explained that the new danger zone, set by Ukraine, will not affect the flights of the airlines.

“These areas did not affect those routes that are flights to Simferopol. The corridor, which comes to Krasnodar or Anapa, and then to the West, on the Simferopol — it is not overlapped in an orderly manner. These zones are not captured,” said Deputy Minister of transport Valery Okulov, on the sidelines of the forum “Transport of Russia”.

Where I wanted to spend shooting

Earlier in the week Ukraine has issued a new notice establishing a danger zone for flights over the Black sea. Then, the Federal air transport Agency said that the new threat zones are established in the airspace over the neutral waters of the Black sea and partly over the black sea territorial waters of the Russian Federation to the South-West and South-East of Crimea. So noted by the Agency, “the Ukrainian side has made another inexplicable attempt to “meddle” in sovereign airspace of Russia, this time at a distance of 6 to 10 nautical miles (11 to 18 kilometers) from the neutral waters”.

The Federal air transport Agency also said that flights over the Crimea are in no danger, the airspace over the Peninsula will not be closed.

The Ministry of defence of the Russian Federation in the end of last week invited the attaché of defense at the Embassy of Ukraine in Russia for the delivery of military-diplomatic notes in connection with plans of Ukraine to conduct missile firing near the Crimea.

On December 1, the newspaper “Vedomosti” with reference to press Secretary of Russian President Dmitry Peskov said that broadcast last week Ukraine note contained a statement that the Russian side will bring down the Ukrainian rocket during the stated Ministry of defence firing. Earlier in the week Ukraine has issued a new notice establishing a danger zone for flights over the Black sea.

About the beginning of shooting on 1 December was announced by the head of the press center of the Air command “South” Vladimir Kryzhanovsky. As evidenced by Western aviation sites, a passenger aircraft of foreign airlines on Thursday morning started to go around the airspace over the Black sea West of the Crimea. The work of the airport of Simferopol Ukrainian maneuvers are not affected.