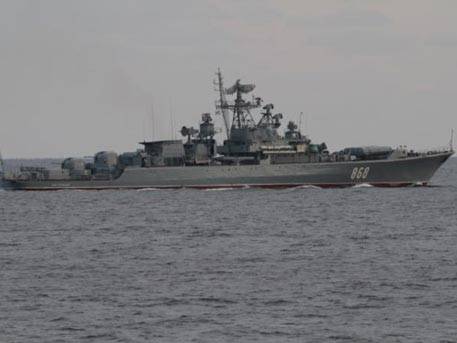 The chief military Prosecutor of Ukraine Anatoly Matios complained about the Russian frigate “Inquisitive”. On his page on Facebook he wrote that the warship allegedly did not let the ship with the Ukrainian border guards to the Russian drilling rig in the Black sea.

“The thirtieth of November and 1st of December military prosecutors together with officers of the state border service and other law enforcement and government agencies made out of the sea to the Odessa gas field in the Black sea. It was a difficult investigation event,” he wrote.

According to Matios, the event is even more complicated by the fact that the installation is protected by a guard frigate of the black sea fleet. The Ukrainians warned that they approached the installation in violation of, and drove away.

Earlier, Ukraine announced its intention to apply for Russia to court over gas production in the Black sea. According to Kiev, Moscow produced a resource on land owned by Ukraine.