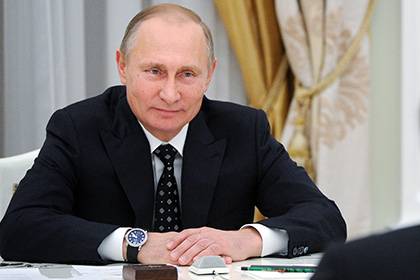 The President of Russia Vladimir Putin has approved the use of “smart entertainment” among Russians. He stated this on Friday, 2 December, the correspondent “Tapes.ru”.

“More and more people prefer meaningful, so in Russian to say, “smart entertainment”,” — said the head of state.

According to him, about 120 million Russians annually visit museums, 39 million theatres. “I do not know any other country in the world, comparable in population if there are such indicators,” he said.

For residents of Russia becoming “a pressing need” to have regular exhibitions, concerts of classical music, and this attitude needs to be retained, said the President.

He paid attention and the subject of literature. “Russian language and Russian literature has always defined our shared spiritual and moral values of the peoples of the Russian Federation, helping to preserve our cultural code, pass it on to new generations,” — said the head of state.

In 2014, Putin expressed concern about “a theatrical discrimination” in the province — most of the theaters are concentrated in regional centers and large cities.