Today, Vladimir Putin delivers his annual address to the Federal Assembly of the Russian Federation. On the document the President has worked personally. 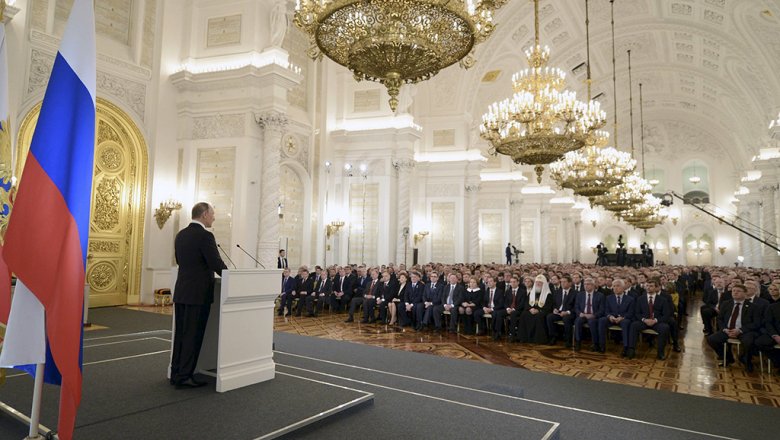 Traditionally, the contents not disclosed until the moment of its announcement. Earlier, the press Secretary of the President Dmitry Peskov said that the new message is different from the previous ones, despite the fact that will continue the emphasis on the social sphere. It will be the 23rd in the modern history of Russia and the 13th — personally for Vladimir Putin. It usually lasts about an hour.

The event takes place in St George hall of the Grand Kremlin Palace. According to tradition it except the members of the state Duma and the Federation Council are invited, including governors, members of the government, the CEC, Public, and accounts chambers, representatives of the major faiths.

Highlight a message, more than 600 journalists, both Russian and foreign media, the TV channel “Russia 24”.