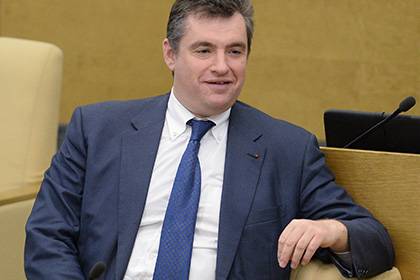 The head of the Duma Committee on international Affairs Leonid Slutsky in an interview with “Tape.ru” on Friday, December 2, praised the actions of the Russian secret service for the prevention of cyber attacks, the aim of which was to become the largest banks in the country.

“All this is an extremely dangerous situation — honor and praise to our security forces that they have the situation managed to diagnose, identify and pre-empt,” said Slutsky.

He reminded that such situation could lead to at least partial collapse of the Russian financial system. In addition, he recalled that the network contains a significant amount of confidential information not only banks, but also sectoral departments.

According to the Deputy, it is necessary “at the most serious level” to oppose action against Russia in the information field, in cyberspace and in other areas.

Earlier on Friday, the Chairman of the state Duma Committee on financial market Anatoly Aksakov said that in Russia there should be created a special protective infrastructure, which would allow to protect the economy against cyber attacks. Banks, in his opinion, could be required to pay the premiums for protection.

The message of the FSB that after December 5, was to begin a massive cyber attack, appeared on the morning of the same day. It was noted that the server capabilities and command centers for cyber-attacks located in the territory of the Netherlands and belong to a Ukrainian hosting company BlazingFast.