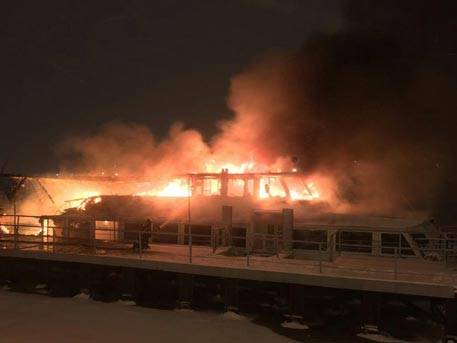 A pleasure boat was burned in Saint-Petersburg on the morning of 2 December. According to “Fontanka“, the ship caught fire on Vasilevsky island, not far from the house 34 on the waterfront Makarova. Fire engulfed the superstructure of the boat of type “Moscow-178”. The fire area has made 70 square metres.

Emergency workers took half an hour to deal with the fire. It was finally extinguished at 05:20 a.m., after which firefighters began to shed overlapping on the ship. 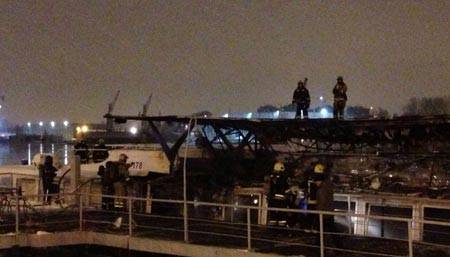 No one was hurt. However, the embankment to a Small Avenue was blocked.