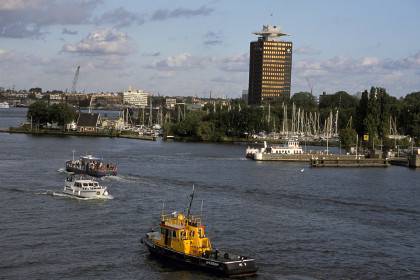 The crew of the Russian cargo vessel “Nikolai Kasatkin” assigned to the port of Nevelsk on Sakhalin declared a strike because of wage arrears. As reported by RIA Novosti, told reporters the head of the Kaliningrad branch of the Russian trade Union of sailors Vadim Mamontov.

According to him, the ship with cargo of a crab from the Barents sea related to Yuzhno-Sakhalin, OOO “Sail”, was in Amsterdam under inspection for compliance with working conditions, skills and security, after which the sea he was banned.

Inspection revealed that the arrears of crew wages for four months is about 90 thousand dollars, labor contracts drawn incorrectly, void the medical certificate of the crew on Board are not complied with safety requirements.

“In addition, the ship supplies. And the crew informed on the phone family and friends on such sad stories on the courts, “Pavel Kopytin” and “Selenga”, declared a strike and refused to go to unload until you pay put,” — said Mamontov.

Thus, according to him, representatives of company owner consider crew requirements are unreasonable, and do not recognize the greater part of the debt.

Mamontov noted that earlier specalties the fishermen ship “Nikolay Kasatkin” from Vladivostok, Kaliningrad, Rostov and Petrozavodsk on Thursday, December 1, I submitted a complaint about nonpayment of salary arrears to the inspection of the International transport workers ‘ Federation in Rotterdam.