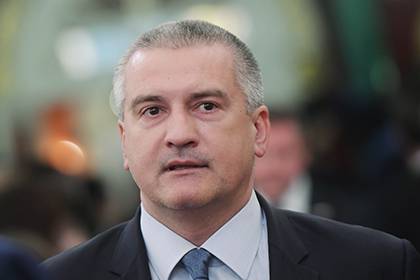 The President of Russia Vladimir Putin in the message to the Federal Assembly touched upon the most topical issues for the country. On Thursday, December 1, on his page in Facebook wrote the head of the Crimea Sergey Aksenov.

“The President’s speech, as always, made a very strong impression. This accurate and succinct assessment of the situation in our country and in the world, the main directions of domestic and foreign policy, its strategic tasks,” he said.

In his opinion, for the year 2016 increased the credibility and relevance of Russia as a great world power. In addition, in his view, the West’s attitude to the reunification of the Crimea with Russia is changing for the better.

Aksenov assured that the Council of Ministers will develop a plan for implementation of the provisions of the address with the identification of specific terms and responsible for enforcement.

First Deputy Chairman of the Federation Council Committee on defense and security Frants Klintsevich, in turn, pointed out that “trick” of the President’s address to focus on domestic policy.

The appeal of the Russian leader to the Federal Assembly were made earlier Thursday. Putin, in particular, stressed that the meaning of the internal policy of the state is “investing in people, increasing the human capital as the main resources of Russia”.