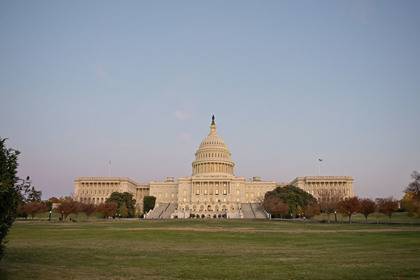 The house of representatives approved on Friday, 2 December, a draft defense budget for 2017, which, in particular, imposes a ban on military cooperation with Russia.

The document was supported by 375 congressmen voted against 34. The bill forbids to allocate funds for military cooperation between Washington and Moscow until such time as the Pentagon in coordination with the U.S. Department of state notifies Congress that Russia stopped “occupation of the territory of Ukraine and the aggressive actions that threaten the sovereignty and territorial integrity of Ukraine and members of NATO.”

The document also imposes a ban on funding any activities that recognize Crimea as part of Russia. At the same time he admits the removal of restrictions, provided that the Pentagon will convince Congress of the necessity of this step in the national interest of the United States.

In addition, the bill provides for the allocation of $ 4.3 billion for “containment of Russia”. These funds will be used for “political, economic and public diplomacy” and military support to NATO allies and other U.S. partners in Europe and Asia.

On 30 November the chamber of representatives adopted the draft law on the activities of intelligence services in 2017, which contains a provision on the establishment of a special interdepartmental Commission on “combating the hidden influence of Russia in the foreign state.”

Ukraine regularly accuse the Russian Federation in the conduct of hostilities in the South-East of its territory and calls the aggressor. Moscow, in turn, rejects these accusations, pointing out the lack of evidence.

Crimea reunited with Russia in the spring of 2014 the referendum. Kiev does not recognize the results of the plebiscite. Moscow insists that the procedure is fully consistent with the norms of international law.