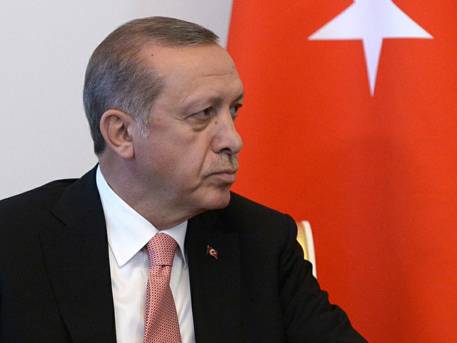 Moscow alarmed because of specific military efforts, which are tightened by the task of changing the regime of Syrian President Bashar al-Assad, said Russian Deputy foreign Minister Sergei Ryabkov, commenting on the statement of Turkish President Tayyip Erdogan about the beginning of military operations in Syria to overthrow the Syrian leader. About it writes RIA Novosti.

“We never had any illusions as to what purpose they serve, the U.S. and several allies, including in the region, in the process of conducting their Syrian policy, let’s call it,” said a senior diplomat.

Ryabkov reminded that their goal was never concealed – the future of ATS with Assad, neither the US nor Turkey has ever seen. Therefore, the diplomat noted, this is not surprising.

“Repeatedly stated at various levels, including the highest level, in Washington and Ankara that the future of Syria with Assad in these capitals do not see”, – he added.

The Deputy foreign Minister stressed that the question of the future of Syria from the point of view of the political structure of Russia and a number of countries did not converge, and still do not agree, including with Turkey.

“The objective of regime change in Damascus now tightened to a specific war effort. There are certain power moves, the operations that can be conducted in this regard, of course, a matter of concern for us”, — he concluded.

Earlier, President Recep Tayyip Erdogan said that the Turkish army has entered Syria to overthrow the head of the Arab Republic Bashar al-Assad.