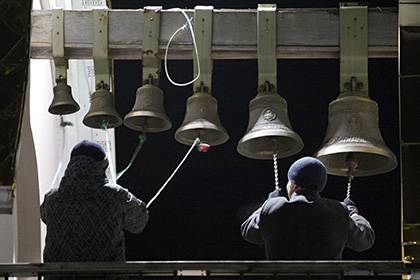 In Kostroma region police have returned the stolen goods from a temple in the city of Nerekhta bells, according to the website of the Ministry of interior.

“The bells were buried in a wooded area 10 kilometres from the city. The Shrine is returned to the Church,” — said the official representative of Department Irina Wolf. Detained on suspicion of theft was also caught stealing utensils from the house of the rector of another Church and numerous attacks on grocery stores.

The statement about the disappearance of bells came to the police in may. The suspects from local residents, calculated a few months.

On 4 September reported the arrest of 25-year-old Muscovite suspected of stealing 29 icons of the temple in the suburbs. Icons returned to the Church of St. Elijah the Prophet city Vereya, Naro-Fominsk district.