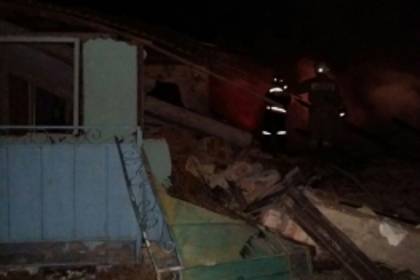 As a result of a gas explosion in a residential building in the Rostov region killed two people. On Thursday, December 1, reported “Interfax” the press service of EMERCOM of Russia in the region.

As reported on the Agency’s website, the incident occurred in the village of Fedulov Bagayevskaya district. Information in bodies of emergency situations arrived at 03:45.

One of two apartments in one-story homes were completely destroyed, the second part.

At the scene employs 65 people and 22 units of equipment. Three people hospitalized.

On the morning of 6 November, there was a gas explosion in a two-story brick 12 unit building in Ivanovo. The building partially collapsed, six people, including four-year-old girl, were killed.