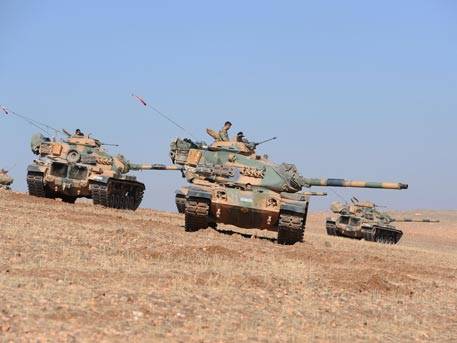 Turkish President Recep Tayyip Erdogan in a telephone conversation explained to his Russian counterpart Vladimir Putin’s statement on the intention to overthrow the Syrian leader Bashar al-Assad. This was stated by the Russian presidential aide Yuri Ushakov, reports “Russian newspaper“.

“I can only say that yesterday had a telephone conversation with our President and Erdogan, and this issue was raised. Yes, he gave an explanation,” – said Ushakov.

He did not specify what was the explanation and accepted it in the Kremlin.

Earlier, Erdogan said that Turkish forces entered Syriato overthrow the ruling elite and to “end the reign of a cruel tyrant”. After that in Moscow, said that waiting for clarification from Ankara.