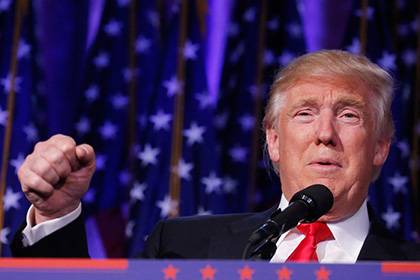 The US President-elect Donald trump has promised to help Islamabad to resolve all the problems and talked about the sympathy for the Pakistanis. On Thursday, December 1, reports Reuters.

Pakistani Prime Minister Nawaz Sharif called the Tramp late in the evening on Wednesday, November 30 to congratulate him on his election victory. In response, the President-elect uttered heartfelt speech.

“I’m ready and willing to play any role you ask me to help you find the solution of the accumulated problems, promised trump. — It is an honor for me, and I’ll do it myself. Call me at any time. You have a great reputation, you’re an amazing guy and you’re wonderful at your job. Hope for a speedy personal meeting.”

Pakistan, according to trump — “a country of amazing possibilities, and the Pakistanis — some of the smartest people in the world.” In response to the invitation of Sharif to visit Pakistan the President-elect announced that “dream is to visit this fantastic country, fantastic places, where live fantastic people,” and asked the Prime Minister to convey to the Pakistanis that they are “awesome”.

Words trump caused considerable amazement in Pakistan and India. As recently as September, the then Republican candidate, called Pakistan “perhaps the most dangerous country in the world that can only keep India”, called him “a serious problem” due to the presence of large numbers of nuclear warheads and even compared with the DPRK. A month later, however, he softened his position, declaring that he is ready to mediate in the India-Pakistan conflict.