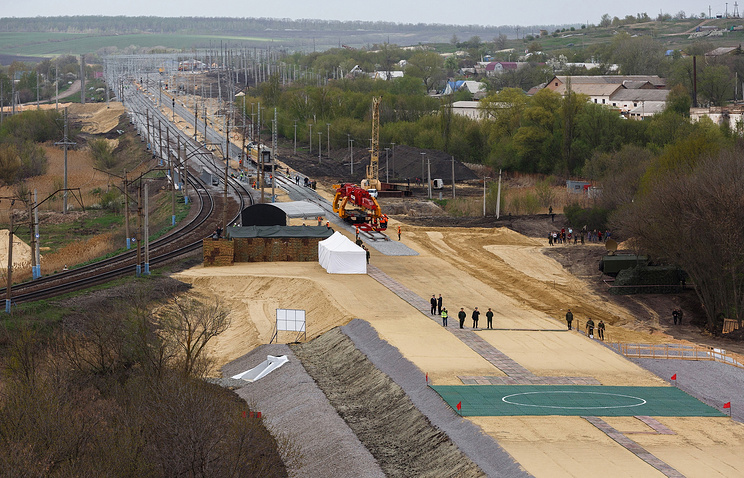 MOSCOW, November 2. /TASS/. Russian railway troops in December will begin work on new parts of the railway zhuravka – Millerovo to bypass Ukraine. This was reported to journalists by the chief of the troops, Lieutenant-General Oleg Kosenkov.

Now, according to him, the military, the railroad laid path between the future stations Zaitsivka and Sergeyevka over a length of 23.4 km. “To accomplish this involved the personnel of the separate path railway battalion of the southern military district”, – he said.

“To date, train troops carried out the laying of almost 10 km of rail-sleeper grid in the railway section zhuravka – Millerovo to bypass Ukraine”, – summed up Kosenkov.