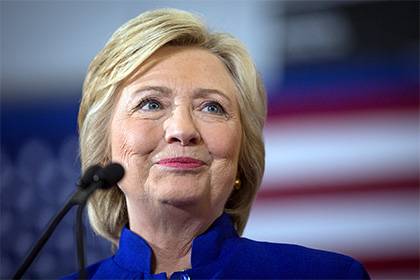 The candidate in US presidents from Democratic party Hillary Clinton is scheduled to hold in new York, fireworks in honor of the victory in the elections in half an hour after the polls closed in that state on 8 November. This became known to the newspaper the New York Post.

According to the newspaper, employees of the fire services and the police were instructed to prepare for securing a pyrotechnic show over the Hudson river, near the place where they will count the votes.

Fireworks should begin at 21:30 local time (4:30 GMT) and will last no longer than two minutes.

Some guards said that a politician behaves quite arrogant. According to them, they fear that the security of this event may look like they support Clinton. “I wonder if she loses, I agree to resell the [pyrotechnics] Trump for half the price?” — leads the publication the words of one of the police officers.

The U.S. presidential election will be held on 8 November, the main opponent, Hillary Clinton — the Republican candidate Donald trump. According to that result on November 1, researchers from Real Clear Politics, Clinton is ahead of trump by 2.4 percent.