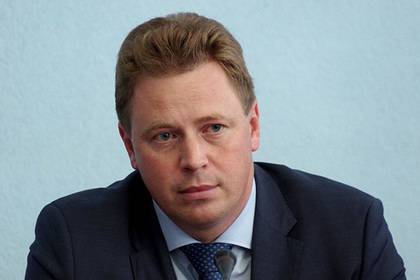 The position of the authorities of the Republic of Crimea and Sevastopol do not contradict each other. Told about it in interview “to the Ribbon.ru” the acting Governor of Sevastopol Dmitry Ovsyannikov on Wednesday, November 2.

“We have no contradictions, because we help each other, this is the basic setup that comes from the President of the country,” he said.

Negative comments of colleagues from the Republic, such as the establishment of the civil sector in the Sevastopol airport Balbec, Ovsyannikov perceives “as an alternative point of view.” “The airport will be modernized in any case”, — said the head of the city.

Misunderstanding of the Crimean authorities also caused the cancellation of the decision on gratuitous transfer to the property of the Republic of Crimea blocking stake in the GenBank.

“The reason to implement the earlier decision on the transfer of shares was not, otherwise I would have given an explanation to the investigating authorities. To donate shares valued at from 200 to 600 million roubles — it is impossible”, — said Ovsyannikov.

On August 19 President Vladimir Putin urged the leaders of the Crimea Sergey Aksenov, acting Governor of Sevastopol to provide each other mutual support. “I really hope that you will work together, hand in hand, will each other to help and support each other”, — said Putin.

On 28 July the President appointed Dmitry Ovsyannikov, who worked in the Ministry of industry and trade, to the position of acting Governor of Sevastopol. He replaced the former head of the city Sergey meniailo, which became the Plenipotentiary of the President in the Siberian Federal district.