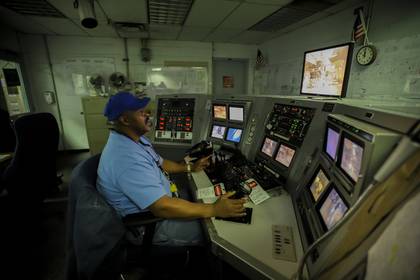 The alert was declared on the territory of a nuclear burial ground at Savannah river in South Carolina, USA. On Thursday, November 3, reports The Post and Courier.

The incident occurred on 2 November at about 16:30 local time. An emergency at the nuclear facility for military purposes was caused by a suspicious item found in one of the toilets of the National nuclear laboratory Savannah river located on the territory of the burial ground.

Experts of the Ministry of energy, which manages the burial ground, after a thorough examination of the subject established that he is not dangerous. At 17:40 the alarm was canceled, and the laboratory is returned to standard operating mode.

According to the State, the suspicious subject was an air freshener with the red flashing light, wrapped in paper towels. The laboratory staff was unable to explain who and why built such a device.

Enterprise storage, decontamination and processing of nuclear waste was built in the 1950-ies near the town of Aiken in the Western part of the state the Young Carolina. At first it worked as the factory for production, enrichment and purification of radioactive materials for the manufacture of nuclear weapons, but now all the reactors are stopped, in the premises of some of them stored radioactive materials. The area of a nuclear burial ground is about 800 square kilometers, there are about 10 thousand people.