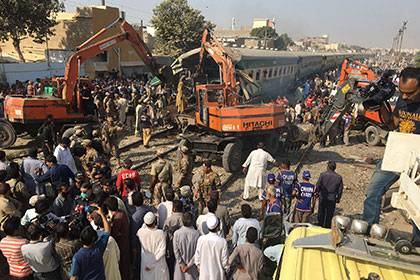 As a result of collision of two passenger trains in Pakistan’s largest city Karachi killed 16 people. Another 40 passengers were injured. About it reports Reuters.

The collision occurred on access roads of the station, Lundy.

At the scene working rescuers. Railway communication in the region is interrupted.

On the causes of the accident is not reported, the authorities have launched an investigation.

In September of this year as a result of collision of passenger and freight trains in the province of Peja killed four and injured 93 people.

Reuters notes that the railway infrastructure of the country is worn out due to chronic underfunding and poor quality of service and repair work.