In Moldova, the President will be elected in the second round

CHISINAU, 31 October. /Offset. TASS Valery Demidetski, Benjamin Demidetski/. The election of the President of Moldova will require a second round of elections, which will be attended by the leaders of the left and right opposition. 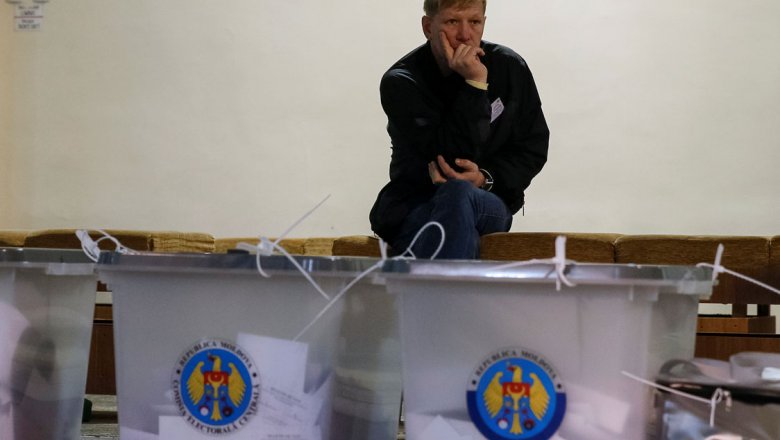 To win in the first round, a candidate needed to receive 50% plus one vote. According to preliminary data of the CEC of the Republic after the treatment 98.6% of the protocols, the candidate of the advocates of rapprochement with Russia, the party of socialists of Moldova Igor Dodon gaining 48.6 percent of the votes, and one candidate from the right Pro-European coalition Maia Sandu is 37.9% of the vote.

“While there is preliminary results. We cannot speak about final results, but it is obvious that none of the candidates receive more than 50% of votes”, — said a member of the CEC Yurii Chekan.

After processing 75% of the votes said he was in the lead, gaining nearly 52% of the votes to win in the first round. According to the CEC, the candidate of the advocates of rapprochement with Russia, the opposition “Our party” Dmitry Chubashenko took third place with 6% of the vote. Former Prime Minister Iurie Leanca gained 3.1 per cent, acting for the unification of Moldova with Romania the Chairman of the Liberal party Mihai Ghimpu is 1.8%. The results of the other four candidates vary within the statistical error.

Final voting results will be known on Monday morning. By law, the CEC is obliged to publish the official election results within five days. Then the official decision will be taken on the second round of elections, which should be scheduled for November 13.

According to the CEC, the turnout at elections times to 48.97%.