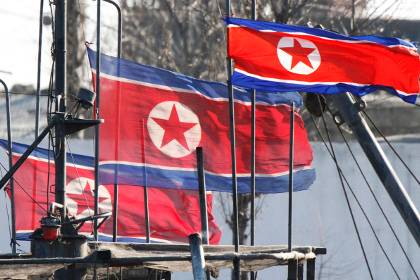 In case of provocations by the US and its allies, including Japan, Korea can apply them a pre-emptive strike. This is stated in the message Agency KCNA that Saturday, October 29, quoted by RT.

“Our revolutionary armed forces (…) ready for preemptive strike on enemies in case of the slightest provocation from their side in the interest of protecting the sovereignty of the people’s Republic and the right to exist,” said KCNA.

As RT writes, the statement of the North Korean Agency warns Tokyo of sanctions against Pyongyang.

This week, as recalled by TASS, the Minister of foreign Affairs of Japan, Fumio Kishida said that the Parliament “was discussed sanctions against companies of third countries, operating with North Korea”. “Currently we are considering several solutions to this problem, including the expansion and strengthening of sanctions,” he added.

In September, Prime Minister Shinzo Abe has instructed to prepare an additional package of sanctions against North Korea in connection with the testing of nuclear weapons.

TASS indicates that in the last time the North Korean press has launched an active propaganda campaign against the government of Japan. Pyongyang criticizes Tokyo for all areas: for the revival of militarism, the condemnation of the nuclear missile program of the DPRK, the reluctance to pay compensation for crimes committed during the period of colonial rule in Korea.